A downloadable game for Windows

"That twisted ride must have been from record breaking turbulence. As if you were warp speed in some wormhole whizzing around space from inside a jet plane. But then you suddenly crashed... and you don't remember where you were going or where you came. Looking around, you certainly don't know where you are."

The Lost Wanderer is a dramatic, atmospheric, exploration game where you must learn the fate of a strange world before escaping it.

This project was inspired by courses from @thomasbrushdev and @DavidWehle.

Hiii, I've made a video about the game and wanted to share some feedback about it, hopefully it is useful to you ^^

-The idea is interesting.

-The game visually looks great, but it would nice if there were more porps around the map and between the zones you have you investigate.

-The gameplay mechanics are simple, but they are what the game need so good job on that aspect.

-The "alien" should be a little little bit slower so you can escape easily, but at the same time it would be great if there were more of them around the map.

Hopefully this is useful to you :D, also if you could subscribe that would help me a lot :)

yeah I know, but I felt like I was escaping by just a little bit of luck when I was at the home hahaha

Wow, thanks for the video! I've never got to watch someone else play my game like this before, it was so fun and enlightening :D

I appreciate the feedback. Overall, I want the game to have a chill and explorative vibe, but with a small amount of pressure from the antagonist. I think I've achieved that in some ways, but there's always room for improvement :)

Thanks for subscribing ^^, you are welcome :D

Excellent video. After watching it, I wanted to try it myself :)

very atmospheric but what the end?

I found alien plane, human statue, magic book, magic frog and ruins - but what the end? What I need to do?

Thank you for the feedback!

Also, the rock in the begining i'd found...

Gotcha! I found the last artifact and flew away)

Add more than one haunting alien)

Very good exploration game) what did you use for scripting? native c# or playmaker?

I used both C# and Playmaker. I could have done it all in Playmaker, though. I have more experience with C# so it’s my natural default. 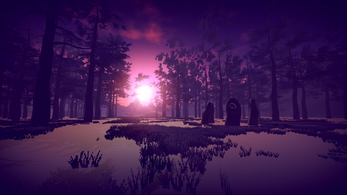 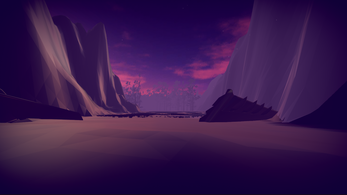 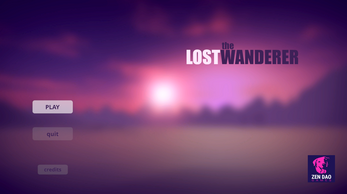 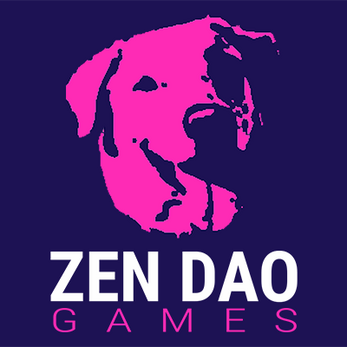